In Pine 2 this term they have been designing, making and evaluating a moving monster.

The children drew their own designs and decided how their monster was going to move.

They then chose a variety of materials and explored cutting and sticking, designing their very own monsters.

Later on they made a video of our moving monsters and said what they liked about each others monsters and how the children could make them even better. Fantastic work Pine 2. 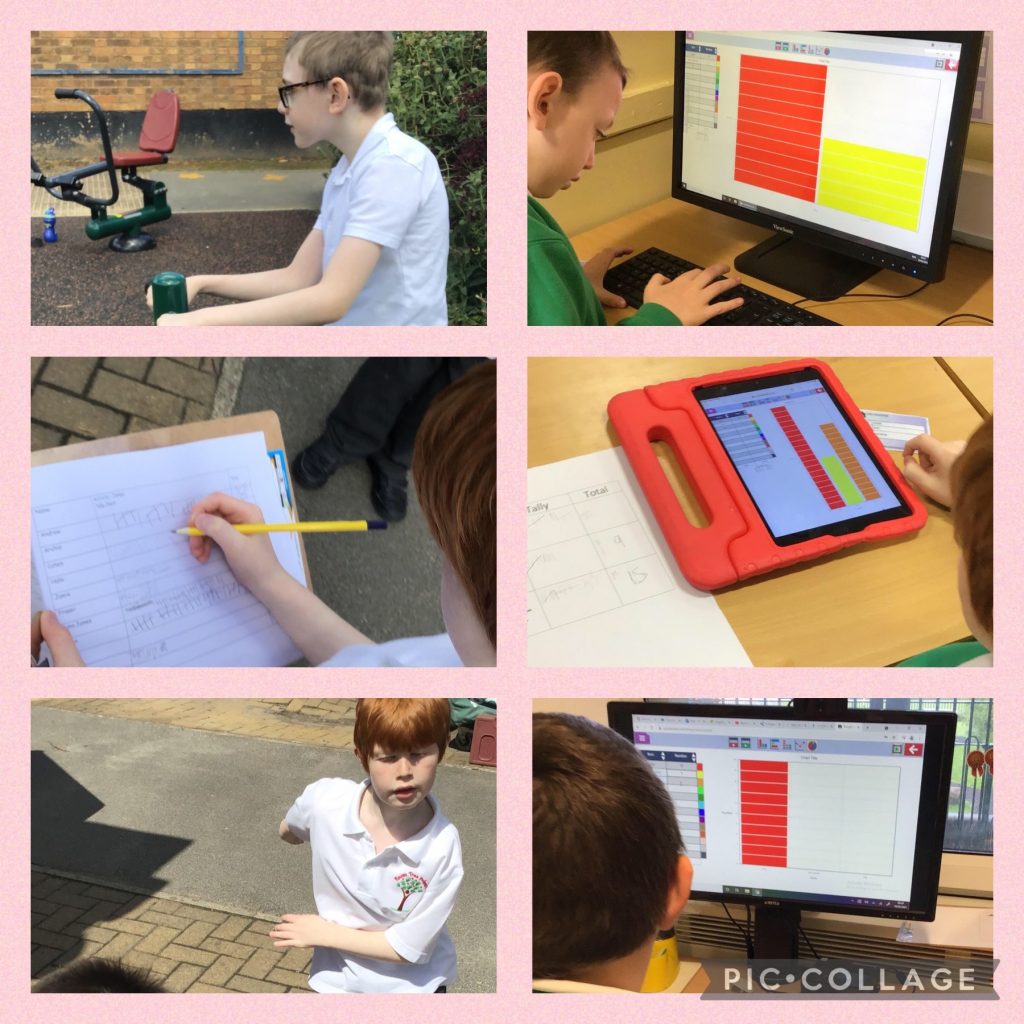 In PE this term, Maple 2 have been experiencing and exploring a range of athletic activities such as travelling, running, jumping, and throwing. Each week they have worked on a new skill which led them to their final lesson where the children completed a circuit. As part of a cross curricular approach, the pupils watched on and timed their peers as they completed the activities.

In teams, the pupils recorded these results using tally charts then used Purple Mash to transfer these findings into a bar chart. Excellent work Maple 2!

This week in Fir 2 we sat in our lovely outdoor cafe. There were cakes and crisps for sale. 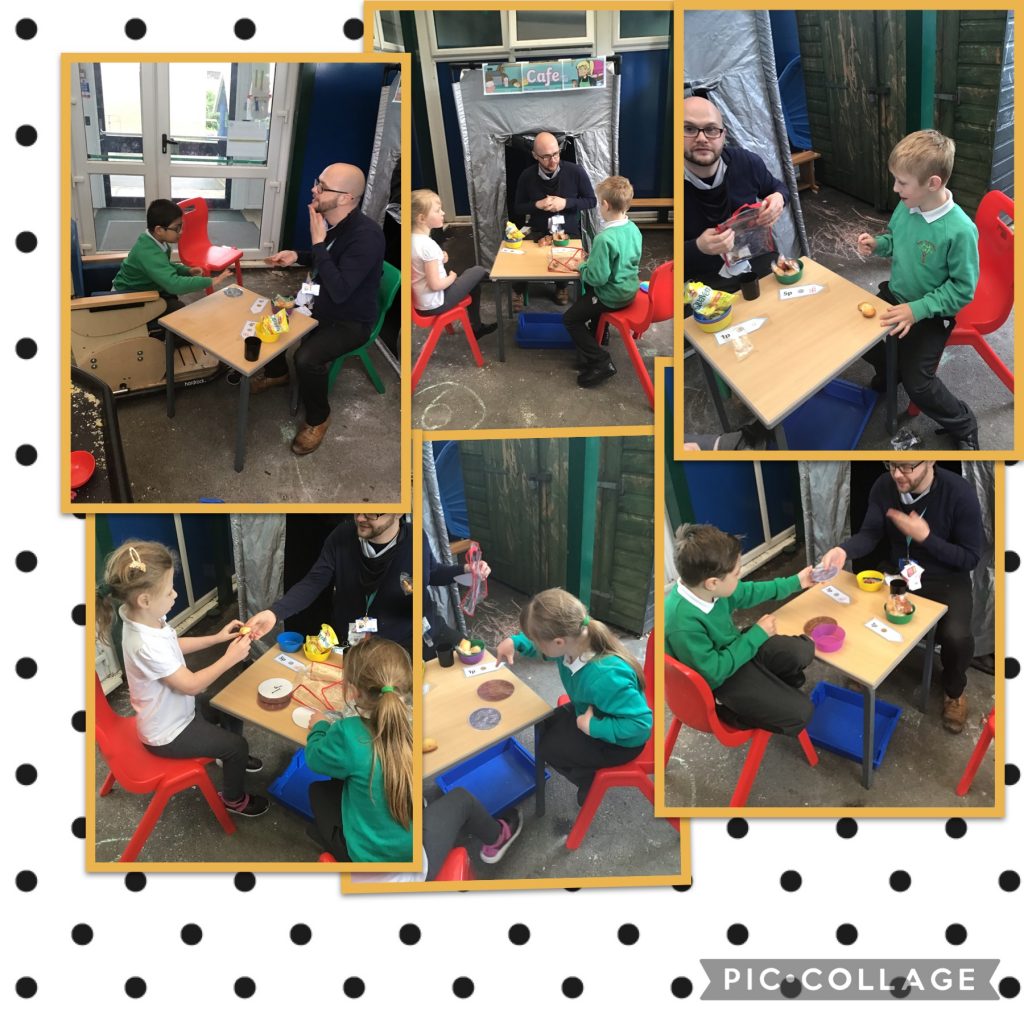 Fir 2 worked hard selecting the correct picture of a coin to match the price and some children counted the correct number of coins needed to pay. Well done Fir 2 on all your hard work and engagement with our money topic. 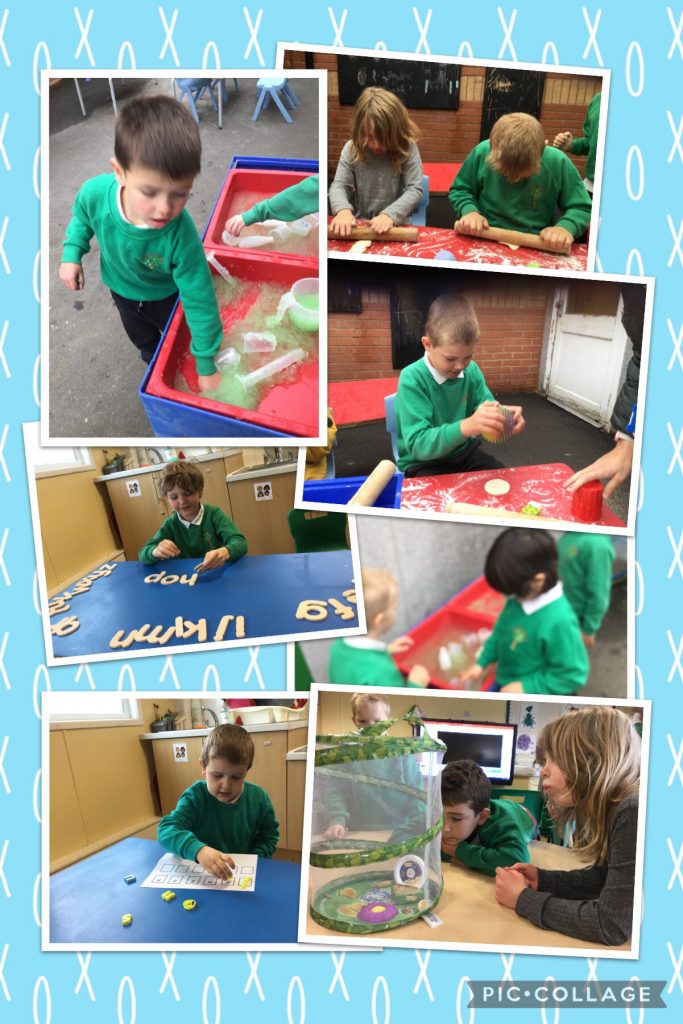 Another great week in Birches.  In Maths, they have been using their measuring skills to measure out the ingredients to make salt dough, and also using different measuring equipment to measure out Gelli Baff.  In DT, the children rolled out salt dough in order to make tiles and then printed different objects into them to make beautiful patterns.  In English Birch 1  have been using the wooden and magnetic letters to write words and their names.  They have also enjoyed watching our school butterflies, they are almost ready to be released!

This week in Ash 1 have used their geographical skills to find our friend: Kevin the minion. The children followed the paw prints 1-10 to find where Kevin was, we found him watching the fish! 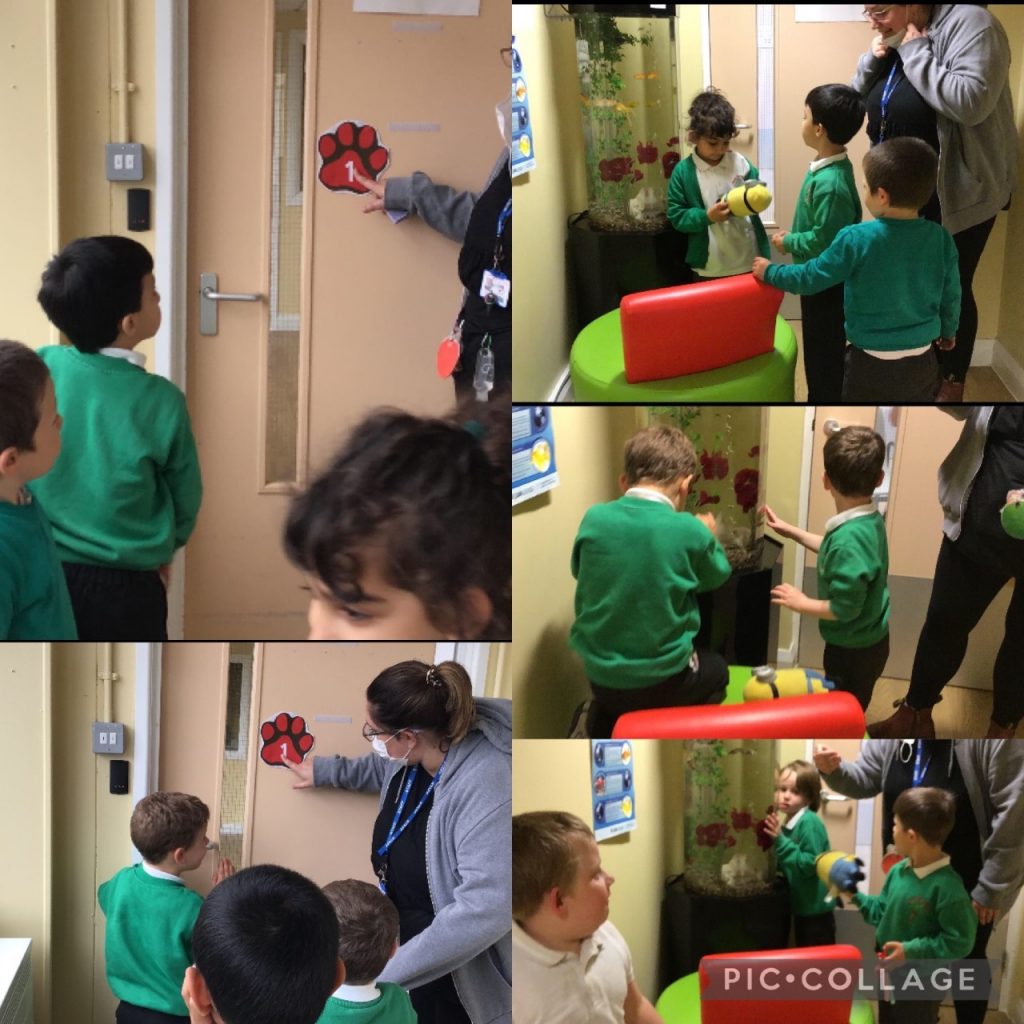 Each day this week, Berries have been tasting the fruit from the story ‘The Very Hungry Caterpillar’ by Eric Carle.

To make the milkshakes the children each took it in turns to add four strawberries and a cup of milk to the jug of a blender. 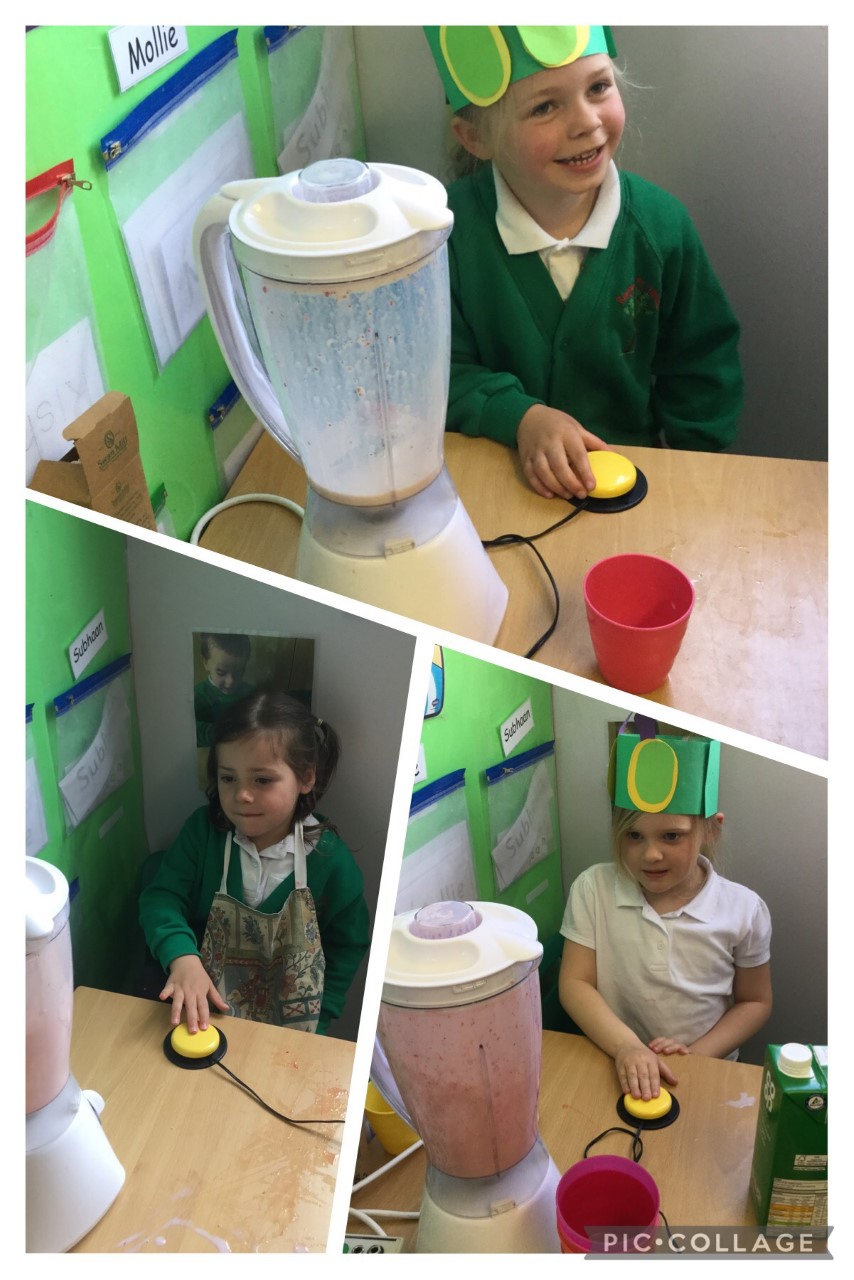 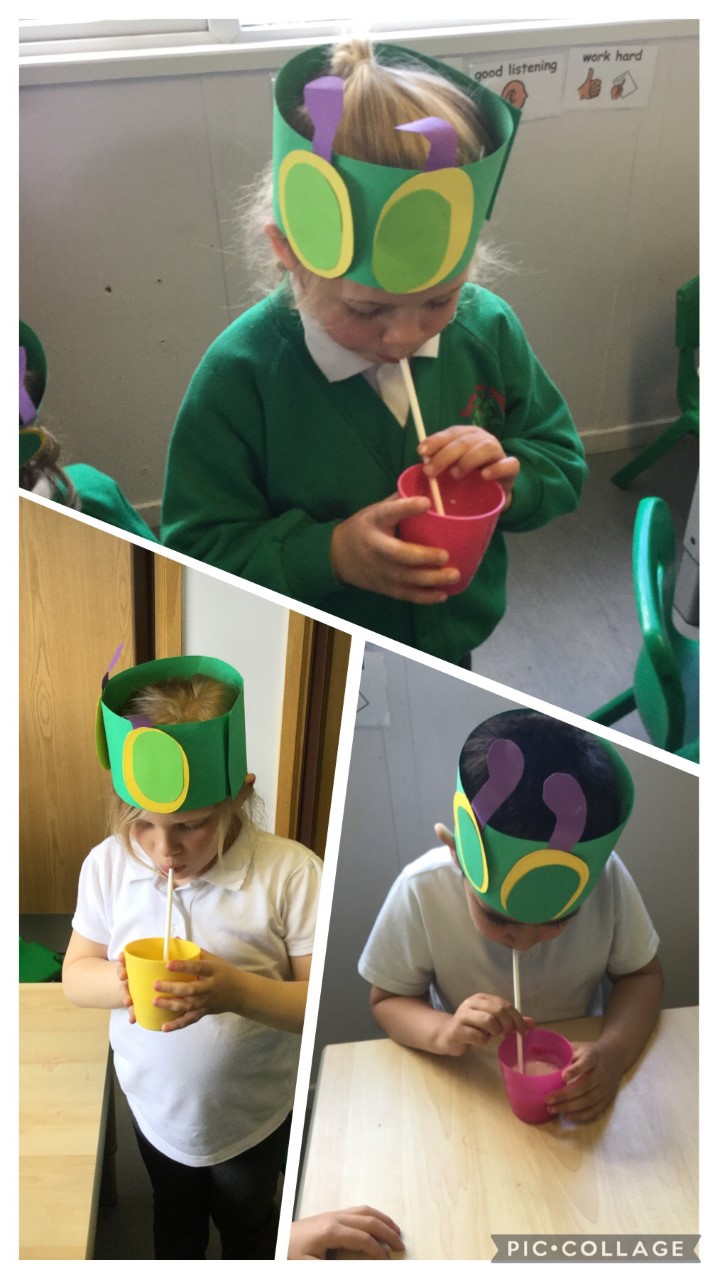 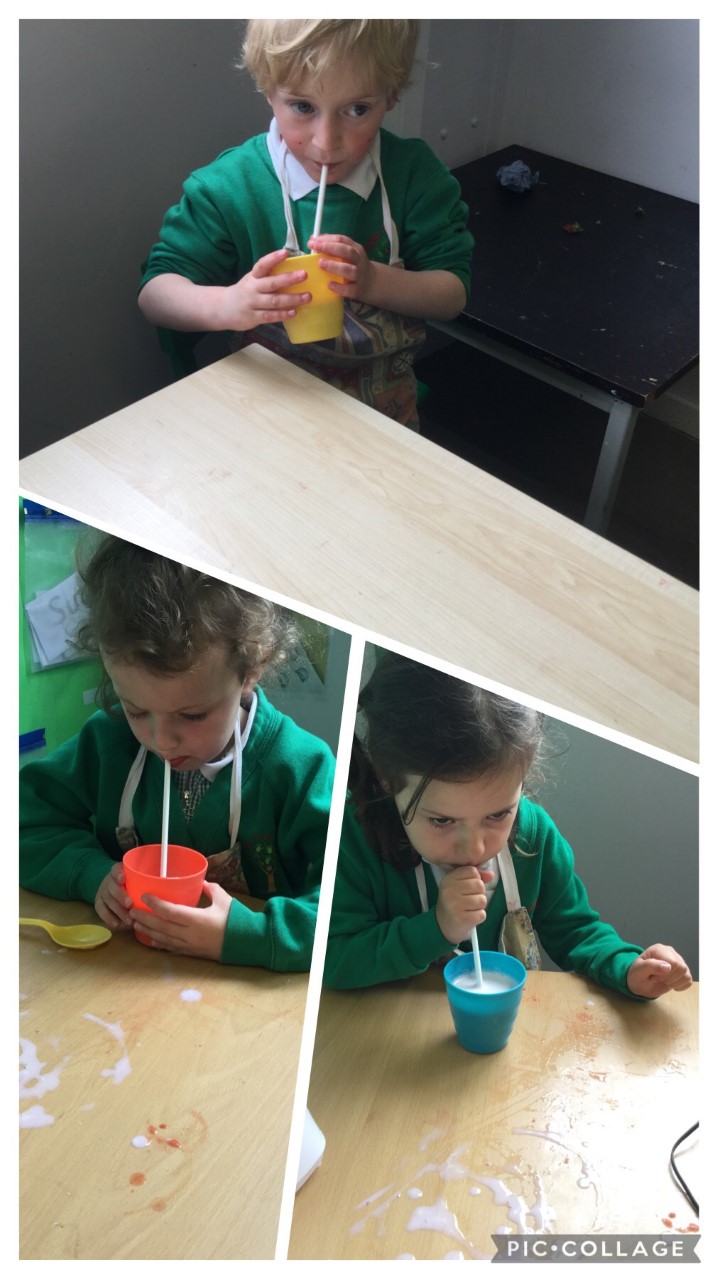 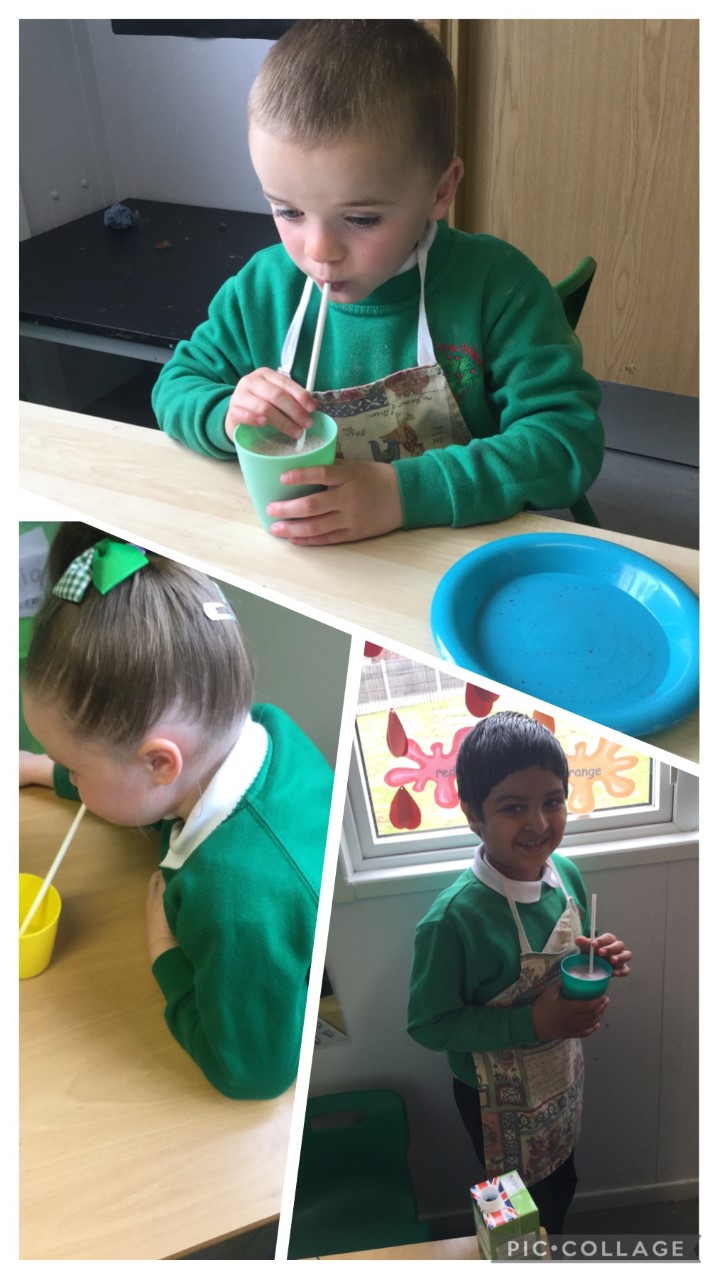 They then controlled the blender by pressing a switch button to turn it on and by taking their hands off to turn it off.
They all enjoyed being able to control the blender with the switch and watching as it mixed the strawberries and milk together.
Later on, they tasted their milkshakes and used a talking mat to say if they liked it or didn’t like it

Pine 2 children were amazing today at Haigh Hall. We have had such an brilliant time! There behaviour was outstanding and we loved exploring friction and pushes and pulls at the park. 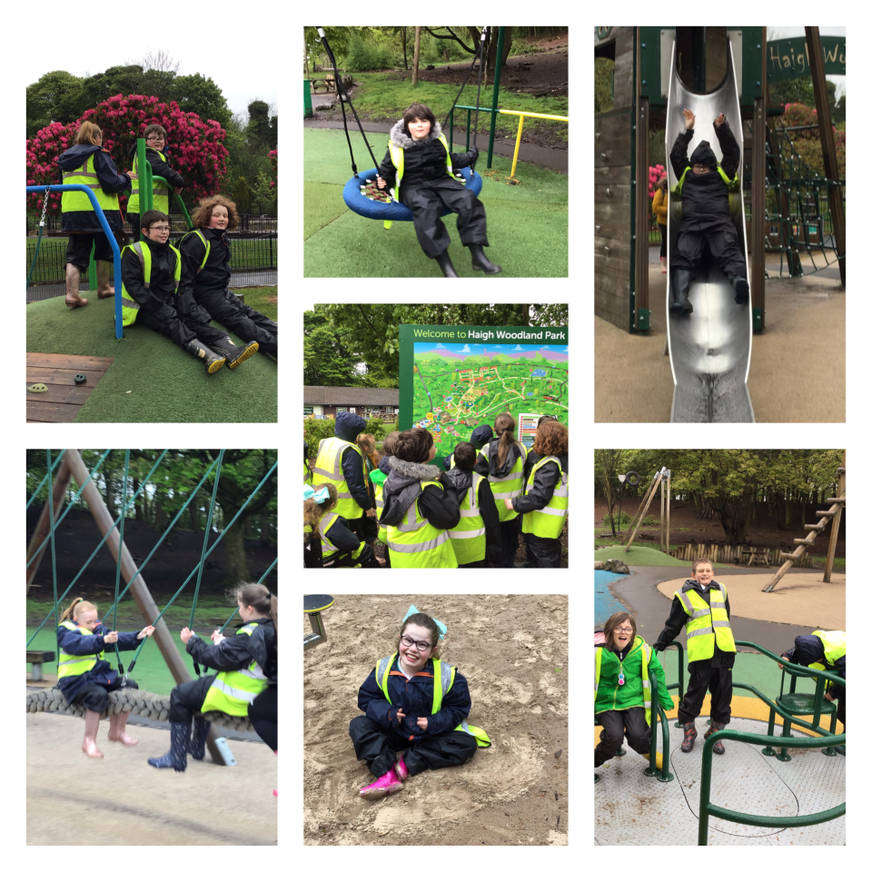 This week Oak 2 visited Haigh Hall. We walked to the big house and took lots of wonderful pictures of the view. 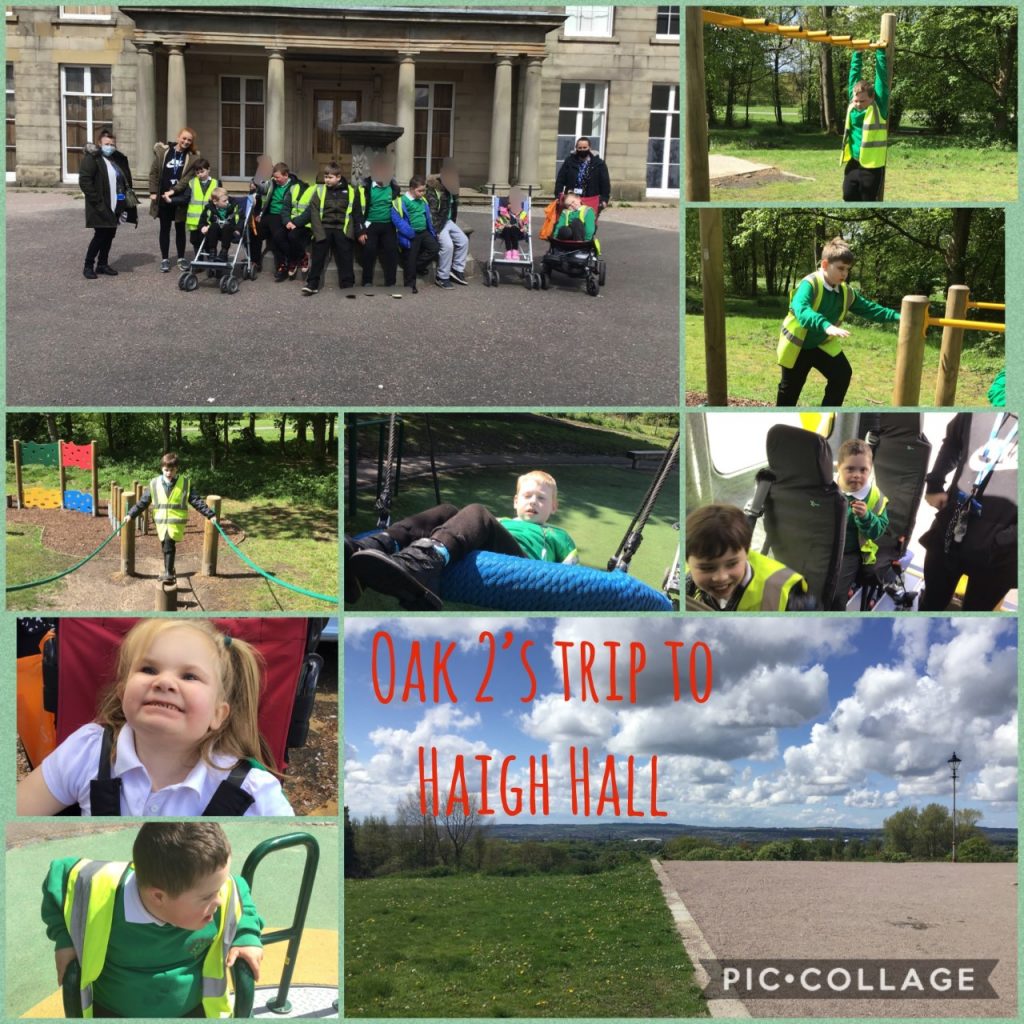 They will be used for our journalistic writing next week. We also looked at push and pull  equipment on the park.

Fir 2 have had a lovely week. Their butterflies finally came out of their cocoons.
They all enjoyed looking at them flutter in the net. Later they set them free. It’s been great learning about the life cycle of a butterfly and how to look after them. Great job Fir 2. 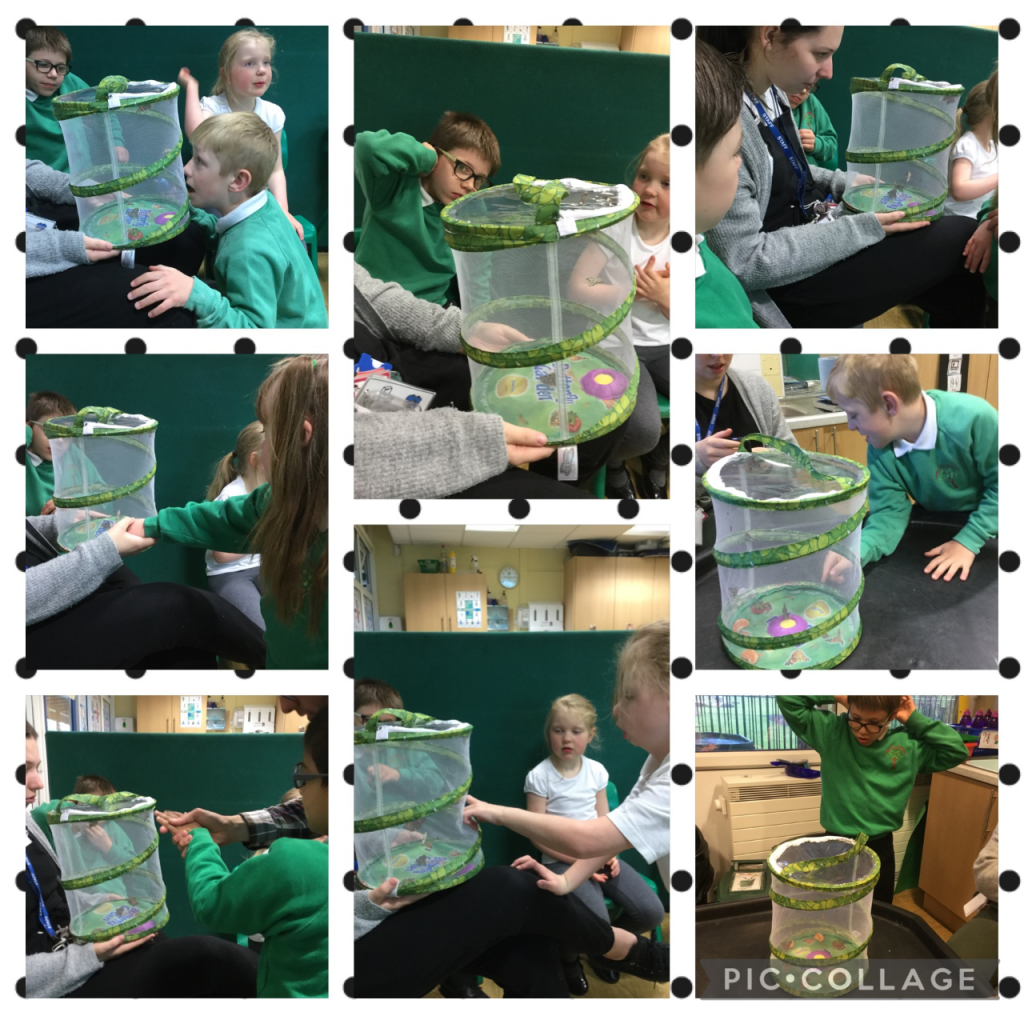 Rowan 2 have been exploring numbers and shapes in Natures Den.

They used shape finders to match shapes on the tree. Later on they ordered their large Numicon from 1 – 10. 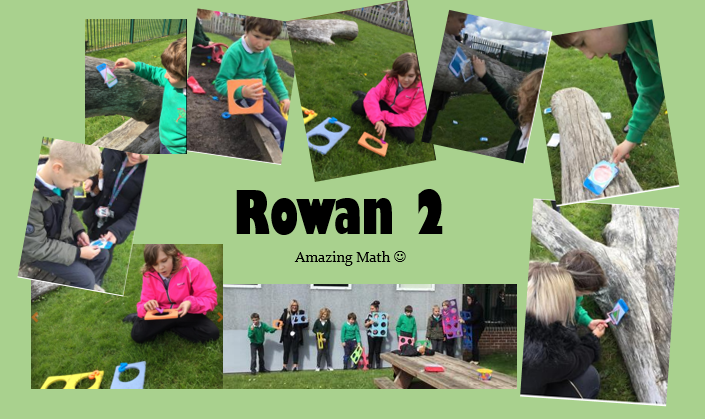 They have been matching numbers to their Numicon and other number representations this week and have taken their learning outside to enjoy the beautiful sunshine.

How to Leave a Comment 1. Click on 'Leave comment' or 'comments' at the bottom of the post. The post opens in its own window. 2. Fill in your name and email address. 3. Type your comment in the box. Please use only first names when mentioning children in a comment. 4. Click the submit button. All comments are checked by a member of staff before appearing on the site.
Show more
Show less

Rowan Tree Primary School is a specialist school for pupils age 4-11 with severe and complex needs in Atherton, Manchester, UK.

Every fortnight, each class provide a window into life and learning at Rowan Tree, alongside regular posts about all the other exciting things we get up to. 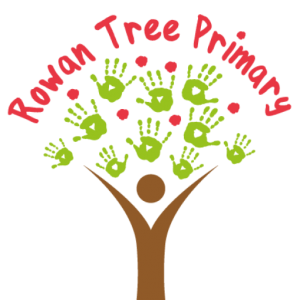